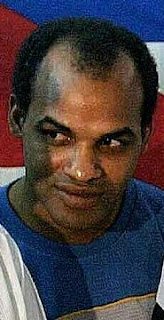 What happened following the death of Cuban dissident Orlando Zapata Tamayo who had been engaged in a hunger strike to protest the ongoing prison beatings by Castro's goons?

Western governments issued paper protests, none which present any genuine opposition to the Communist tyranny in Cuba.

Western media have been almost completely silent on the matter.

And the Cuban government itself? While Rauol Castro expressed "regrets" at the incident, he sent his thugs after another two dozen people, hauling them in so they could not attend Tamayo's funeral.

It's bloody business as usual in Cuba.