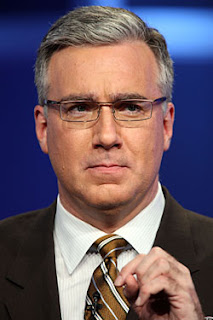 A.W.R. Hawkins, writing in Human Events, is the latest voice asking NBC to ditch the arrogant, sophomoric, foul-mouthed, ultra-liberal political commentator Keith Olbermann from the network's coverage of football. I've written to NBC before about Olbermann's removal and Mr. Hawkins has stimulated me to do so again.

Hawkins also suggests action by the National Football League which so far has argued that the league wants to stay out of politics and therefore cannot interfere in a company's broadcast decisions.

Ask Rush Limbaugh about the NFL's "neutrality" on such matters.

Furthermore, the NFL has always pressured networks about who is in the booth and what they can say about league rules, officiating, etc. So, yes; it's perfectly proper for them to ask NBC to drop the obnoxious Olbermann.

Here are my latest notes, first to NBC and then to the NFL:

He adds nothing to your coverage; indeed, I can tell you from my own experience (and that of friends) that you are fast losing respect and even viewers because of this extremely offensive, polarizing person.

When the people in the sports bar start booing and yelling at the screen every time Olbermann appears, you know NBC's prestige and earning power are both diminishing. And it's not the kind of good-natured division sports fans once had over Howard Cosell. Oh no; Olbermann's continued rants over on MSNBC are making him a loathsome figure to a huge section of Americans. Please, remove him from football coverage.

2) I write with an appeal to the NFL to do itself a big favor by asking NBC to remove Keith Olbermann from coverage of football. Yes, I've heard the Commissioner and others say that they cannot interfere in a network's employment practices but, let's get real -- we all know the NFL can (and has) exerted tremendous pressure on networks when the league's interests are at stake. Believe me, they are now.

Olbermann's ultra-liberal politics are not the problem. Rather it is his extremely crude, loutish, confrontational behavior on MSNBC that defines his reputation. Therefore, every time he appears to do football coverage, a majority of American sports fans are angry. And many of them are disgusted enough to turn the TV off.

National Football League
280 Park Avenue
New York, NY 10017
NFL Public Relations (212) 450-2000
E-mail contacts for the NFL are elusive but this one appears to be accurate for the NFL Commissioner: Roger.Goodell2@nfl.net
Posted by DH at 10:08 AM