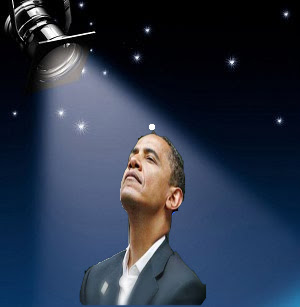 We the people of the United States owe Scott Brown's sup porters a huge debt of gratitude. They didn't merely elect a senator. They ripped the façade off the Obama presidency.

Just as Dorothy and Toto exposed the ordinary man behind the curtain in "The Wizard of Oz," the voters in Massachusetts revealed that, in this White House, there is no there there.

It's all smoke and mirrors, bells and whistles, held together with glib talk, Chicago politics and an audacious sense of entitlement.

At the center is a young and talented celebrity whose worldview, we now know, is an incoherent jumble of poses and big-government instincts. His self-aggrandizing ambition exceeds his ability by so much that he is making a mess of everything he touches.

He never advances a practical idea. Every proposal overreaches and comes wrapped in ideology and a claim of moral superiority. He doesn't listen to anybody who doesn't agree with him.

After his first year on the job, America is sliding backwards, into grave danger at home and around the world. So much so that I now believe either of his rivals, Hillary Clinton or John McCain, would have made a better, more reliable and more trustworthy president.

They warned us he wasn't ready.

Yes, we're stuck with him, but we're no longer stuck with his suffocating conformity. The second Boston Tea Party opened the door to new ideas and new people of both parties...

Michael Goodwin takes no prisoners in this wry and witty overview of Barack Obama's first year. Read the rest of his article in the New York Post here.
Posted by DH at 5:08 AM