About Those Melting Himalayan Glaciers...Never Mind. 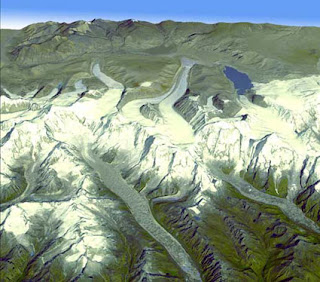 This is just too rich.

One of the most alarming claims from the global warming chorus has been the melting of the Himalayan glaciers by 2035.

But with just a bit of scrutiny, this claim has been revealed as completely bogus. As the Times (U.K.) puts it, the claim "is likely to be retracted after a series of scientific blunders by the United Nations body that issued it."

The Himalayan scare story has been routinely passed around by the "usual suspects" in the man-made climate change lobby for over two years. And, of course, it has then been obligingly reported by sympathetic reporters and editors. It started when the increasingly spurious group, the Intergovernmental Panel on Climate Change, issued a "benchmark report" based upon what it claimed was "the latest and most detailed research."

That was a lie.

The claim actually had no scientific backing whatsoever. It was, in truth, based upon a news story in a popular science journal -- a story that appeared 8 years before the IPCC "benchmark report."

And there's more. That news story itself was based only upon a quick phone call with a minor-league scientist in India. And that guy is now admitting he was simply speculating about possible results of global warming. There was no scientific data at all behind his musings.

The threads are all coming loose from that shoddy, sloppy and decidedly unscientific tapestry that was global warming. So, can we go ahead and burn it now and let Science try and recover her reputation?
Posted by DH at 11:39 AM