The U.S. Post Office Is Feasting On Your Tax Dollars 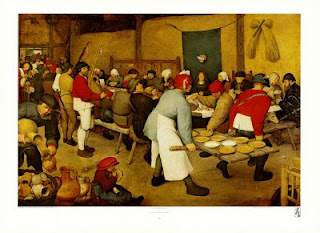 In a post from last week ("I've Got A Bad Case of the Post Office Blues"), I described a few of my pet peeves with the modern U.S. Post Office. Here's one I hadn't heard about:

The U.S. Postal Service spent more than $792,000 "without justification" on meals and events in one five-month period even as it reported losing $3.8 billion this year, the agency's inspector general says in a report.

Employees spent $792,022 on meals and external events "without justification for food purchases, purchased alcohol without officer approval and exceeded the dollar limit for meals," the report says.

Among the purchases were crab cakes, beef Wellington and scallops at an installation ceremony for one of several postmasters in the United States, the report says.

Despite the Postal Service's mandate to curtail spending, its inspector general found that "imprudent spending continues to occur, including continued purchases of gift cards from unauthorized vendors and expensive items purchased as employee recognition awards and retirement gifts."
Posted by DH at 12:32 PM