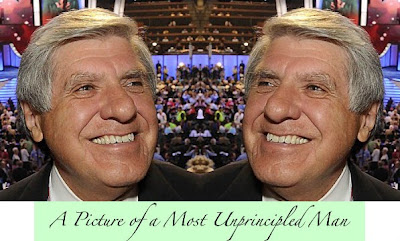 * Sen. Tom Coburn (R-Oka.) said it is “absolutely fictitious” that there is an anti-abortion provision in the Senate Democrats’ reworked healthcare reform bill. “The negotiations, whoever did them, threw unborn babies under the bus,” Coburn said.

* The federal ban on abortion funding that has been in effect under the Hyde Amendment since 1977 will be ended with Ben Nelson agreeing to the Senate bill. “The abortion language in this bill funds abortion for the first time since 1977,” said Sen. Sam Brownback (R-Kansas). “We are told this is a pro-life bill. It is not.”

* Democrat Senator Richard Burr was ticked off at Ben Nelson for working his hypocritical stance in order to get Nebraska a deal on Medicaid funds. “You have to compliment Ben Nelson for playing the price is right,” Burr said. “This isn’t the Louisiana Purchase. This is the Nebraska windfall.”

* Mark Steyn answered a Facebook friend who asked him, "Can we officially retire the phrases 'blue dog' democrats and 'pro life' democrats? Because there is no such thing:" Steyn said, "As I wrote back in the summer, 'Put not your trust in Blue Dog Democrats.' It was folly to bet the Republic on the likes of Ben Nelson and Blanche Lincoln and other 'moderates' who are, by definition, trimmers and accommodationists."

* Yuval Levin writes in NRO, "The story of the day is certainly Sen. Ben Nelson’s shameless perfidy — giving up his pro-life principles in return for swindling taxpayers in the other 49 states into paying all of Nebraska’s future new Medicaid costs. The deal he struck would undermine both the logic underlying the Hyde Amendment and the logic underlying the Medicaid system. There is no conceivable policy argument for the way the new bill treats Nebraska, it’s simply a case of a senator’s vote being purchased with taxpayer dollars."

* Finally, you'll certainly want to check out the Wall Street Journal's editorial bemoaning the new politics of shame. An excerpt:

...Mr. Obama promised a new era of transparent good government, yet on Saturday morning Mr. Reid threw out the 2,100-page bill that the world's greatest deliberative body spent just 17 days debating and replaced it with a new "manager's amendment" that was stapled together in covert partisan negotiations. Democrats are barely even bothering to pretend to care what's in it, not that any Senator had the chance to digest it in the 38 hours before the first cloture vote at 1 a.m. this morning. After procedural motions that allow for no amendments, the final vote could come at 9 p.m. on December 24.

Even in World War I there was a Christmas truce..
Posted by DH at 11:56 AM