Is It Ideology? Is It Ego? Why Doesn't Obama Get It? 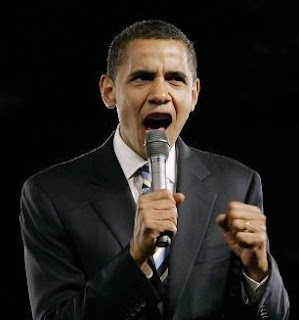 Of all the surprises of President Obama's first year, the biggest is his continuing tin ear for the mood of the country. He often appears clueless about what Americans want. Almost from the moment he stepped into the Oval Office, the man who smashed the Clinton machine and won an electoral landslide over John McCain seemed to lose his touch with the people who put him there.

Some days, many days, he doesn't look like he cares that big chunks of the country, left, right and center, are giving up on him.

Voters by a large margin have said for months they don't want the health-care overhaul he's pushing, so he pushes harder. They want less spending and debt, so he doubles down on pork, bailouts, handouts and taxes. They thought he would deliver bipartisanship, and he gives his hard-left allies the keys to the kingdom. They worry about terrorism, so he wants to close Gitmo and move the worst of the worst to the homeland. With Ground Zero still a mess, he gives the 9/11 plotters civilian trials in New York.

His approval ratings are speeding downhill and some 60 percent say the country is on the wrong track. He responds by giving himself a "good solid B-plus" for his first year. And he says Wall Street bankers "don't get it."

It comes as no surprise, of course, that our young president has a very, very high opinion of himself. But it is nonetheless shocking he remains so brazenly self-righteous in the face of growing public discontent.

A damn-the-torpedoes style of leadership would be welcome if he were an optimist brandishing an inclusive, sunny-side up vision. He's not. He's too often testy, churlish and downright whiny. His vision is little more than a string of gauzy utopian platitudes glued together with fear, as when he told fellow Dems yesterday that the flawed health-bill represented "the last chance" for reform. The last chance? Forever?

His charge that bankers have an obligation "to help rebuild the economy" by making more and presumably riskier loans boggles the mind. Low standards are the hair of the dog that led to liar loans and other housing disasters. By all means, let's do it again.

When something goes wrong, it's not his fault. "Fat-cat bankers," "greedy" insurance companies, doctors who do amputations just for the money, special interests, the media -- the media! -- have all taken their turns being blamed for what he hasn't fixed. The buck doesn't stop on his desk!

If all other scapegoats fail, there's always George W. Bush. Pressed during last Sunday's "60 Minutes" interview on his decision to send 30,000 more troops to Afghanistan, Obama shared his pain and slandered Bush -- all to distinguish his troop surge from his predecessor's. "One of the mistakes that was made over the last eight years is for us to have a triumphant sense about war," Obama said. "There was a tendency to say, 'We can go in. We can kick some tail. This is some glorious exercise.' When, in fact, this is a tough business."

So even when he reaches the same conclusion as Bush, pursues the same enemy, relies on the same commanders and the same Defense secretary, it's different.