A Fearful, Superstitious (Yet Faithless) Generation 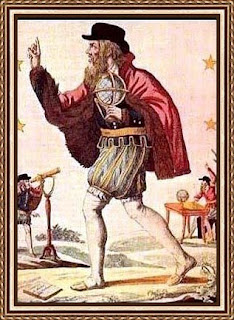 One of the things I used to hear frequently from people saddened to learn that Claire and I didn't subscribe to cable TV was, "Oh, Denny. With your background and your interests, I'm sure you would absolutely fall in love with the History Channel." I would just smile and, like I do in many awkward situations, say, "I'm sorry but I just remembered I left the hamsters in the oven" and quickly make for the exit.

I say this as an opening for you to read Chuck Colson's Breakpoint commentary today. It's an interesting little piece about the current preoccupation of the History Channel with, of all people, the pseudo-seer Nostradamus. But I also was moved by Chuck's summation:

It’s not much to go on, but then again, this isn’t about facts or reason—it’s about fear. It’s about understandable anxiety made worse because in rejecting Christianity, the West has rejected the basis of its hope. A world in which God’s purposes are being fulfilled for our good has been replaced by one that leaves man in charge, mostly for ill.

The world has become literally senseless to us. We live in, as theologian Robert Jensen once put, a meaningless world wishing we could believe in something. The more events seem to spin out of control, the more we succumb to superstition and irrationality. And of course there’s always a media conglomerate ready to sell the credulous what they crave.
Posted by DH at 10:59 AM