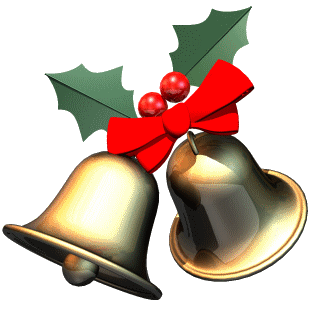 2) Which popular Christmas song was actually written for Thanksgiving? A) "Frosty the Snowman" B) "Winter Wonderland" C) "Jingle Bells" D) "It's the Most Wonderful Time of the Year" E) "Deck the Halls"

3) In "A Charlie Brown Christmas," Linus reads about the real reason for the season from what book? A) The gospel of Luke B) The gospel of Matthew C) "The Little Drummer Boy" D) "A Christmas Carol"

4) After worshiping the baby Jesus, the magi from the east were warned by God in a dream not to return to: A) Egypt B) Parthia C) Jerusalem D) Bethlehem

6) Bethlehem, the birthplace of Jesus the Savior literally means: A) Salvation B) House of bread C) Without a home D) Anointed home

8) The Messiah, George Frederick Handel's beloved Christmas oratorio, was first performed in 1742. In what city was it performed? A) London, England B) Jerusalem in what was then known as Palestine C) Dublin, Ireland D) Berlin, Germany

9) One of the marvelous adventures of the great detective, Sherlock Holmes, is set in the Christmas season. The story involves: A) The murder of a man disguised as Father Christmas B) A valuable gem discovered in a dead goose C) A secret message hidden in a child's doll D) A bomb in a Yule log designed to assassinate the King of England.

10) The first people to receive a "formal announcement" of Jesus' birth were common laborers who were looked down upon as social inferiors. Who were they? A) Shepherds B) Tax collectors C) Reporters D) Actors

12) In the poem, "'Twas the Night Before Christmas," what headgear was worn by the Momma? A) Nightcap B) Red towel C) Christmas stocking D) Kerchief

13) In Victorian times, Londoners would have been familiar with a "goose club." What was that? A) Holly boughs wrapped up and set on the fire B) A three-stringed musical instrument C) A method of saving to buy a goose for Christmas D) A group of Christmas merry-makers, usually involved in mischief

15) The flight into Egypt was: A) Saint Nicholas' escaping from the Turks B) The magi fleeing from Herod C) The nation of Israel being delivered from Pharaoh D) The Holy Family traveling to safety after a message from God


Answers: 1) B 2) C -- James Pierpont composed the song in 1857. It's original title? "One Horse Open Sleigh." 3) A 4) C – King Herod (in Jerusalem) had told the magi to return to him and give a report on Jesus' whereabouts. However, he wanted not to worship Jesus (as he had lied), but rather to murder him. 5) A 6) B 7) C 8) C -- Handel wrote the work to aid charities in Ireland. 9) B -- In "The Adventure of the Blue Carbuncle," Holmes recovers a gorgeous diamond and, in the charitable spirit of the Christmas season, allows the repentant thief to escape imprisonment if he promises to leave England forever. 10) A 11) D – The Bible does not say how many magi there were who came to visit and worship Jesus. Most Bible scholars believe it was probably several. However, the visit of the magi almost certainly did not occur on Christmas night but many months after Jesus' birth. 12) D 13) C -- "Goose clubs" were popular with the working-class of London, who paid a small amount every week towards the purchase of a goose or turkey to eat for Christmas dinner. 14) A 15) D
Posted by DH at 11:01 AM