Charlie Sheen's Get Out of Jail Card Was Phoned In 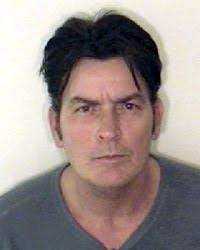 Though only 44 years old, Charlie Sheen has created quite a resumé. He is, for instance, the highest paid actor on television, receiving somewhere about $20 million annually for his part in a sleazy sit-com. He has won awards for his acting, established lucrative endorsements with companies like Hanes and created his own profitable line of kid's clothing.

But there's a few other items he's assembled as well.

He is an outspoken devotee of conspiracy theories, particularly the extremely wacky belief that the George W. Bush administration was responsible for the World Trade Center attacks in 2001.

Quite a record. And yet Sheen managed to get out of a Pitkin County, Colorado jail on Christmas and fly back to L.A. by way of a sympathetic judge who conducted a hearing...get this...by a telephone conference. What do you think your chances would be to get similar treatment if busted for anything in Aspen, let alone felonious assault.

Let judges strike a pose and talk about honor and justice. But money and fame (even the squalid kind of fame Charlie Sheen has won) still grease the skids.
Posted by DH at 7:14 AM