Why Does the Media So Spitefully, Irrationally Hate Sarah Palin? 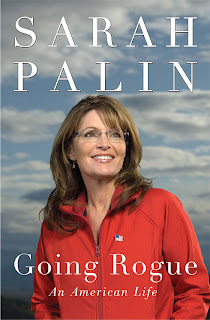 Newsweek devoted its latest cover story to attacking Palin -- a refreshing change of pace from Newsweek's weekly cover stories praising Barack Obama. According to Newsweek, she's a "problem" in need of a solution, perhaps because she looks good in shorts.

There seems to be a media competition at work, a sort of championship tournament. Every reporter, anchor, and pundit in America is engaged in a frantic effort to be the hero who fires the silver bullet that slays the Republican werewolf from Wasilla.

Whether or not Sarah Palin is the last, best hope of the GOP, she is inarguably the worst nightmare of crusading liberal journalists. Not since Oliver North showed up for a key congressional hearing in his Marine Corps uniform has the Washington press corps been so spectacularly vexed at its inability to destroy an intended victim. Her mere survival makes her Evil with a capital "E." The only way Republicans can save Palin from this incessant maelstrom of media hatred is to nominate a Limbaugh-Coulter ticket in 2012...

Robert Stacy McCain's article in American Spectator is a hoot -- and though humorous, is a very insightful piece. Read it here.
Posted by DH at 10:54 AM