NFL Commish Fumbles Away His Character...Again 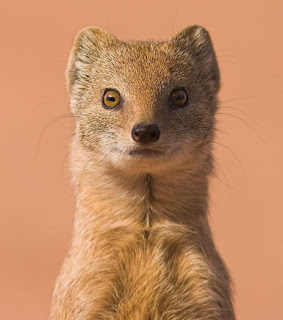 There was Roasting Weasel in Congress yesterday as NFL Commissioner Roger Goodell was put on the grill by Iowa Republican Steve King. King's polite but direct questions showed Goodell's hypocrisy, absurdity and meanness in a light that Goodell just couldn't escape.

After watching the video clip below, you may be moved to write a note of your own to the NFL Commish and perhaps make a call or send a letter of appreciation to Steve King as well.

In fact, you can read the text of those messages which I print following the clip.

Your unprofessional and unfair slander against Rush Limbaugh (already disgusting) was made even worse yesterday when you were confronted for your hypocrisy and distorted sense of political correctness by Iowa Congressman Steve King. He gave you a manly way out of the mess you had made; namely, an apology to Rush Limbaugh and an admission that your standards for NFL owners (e.g., Fergie and J-Lo being part owners of the Miami Dolphins) are, in fact, anything but what you have piously claimed.

You not only refused to do the right thing yesterday, but you continued to suggest that Limbaugh was a racist -- even though the contrary evidence was right in front of you! You fumbled badly, Mr. Goodell. You showed yourself to be without honesty, without sound judgment, without class.

Of course, it's never to late for a true apology. So, come on. You certainly know now (if you didn't before) that Rush Limbaugh did not make those statements that were so viciously attributed to him. And you know that your statements regarding the morality of NFL owners were disingenuous and hypocritical. And finally, you know that your posturing against Rush shows a craven cowardice towards the baser elements of the media.

Do the right thing. Apologize and get your act together.

Thank you for your polite and principled confrontation of Roger Goodell in last Wednesday's Congressional hearing. His slanderous action against Rush Limbaugh was exposed as was his lack of judgment, honesty and class. You gave him a manly way out of the mess he had made of his reputation; namely, a simple apology for "rushing to judgment" based on bogus quotes and acknowledging that there are double standards in place regarding NFL ownership. But he didn't avail himself of that opportunity you kindly offered him. Indeed, he persisted in portraying Limbaugh as a racist. Too bad for him.

But kudos to you. It was a courageous thing to do...and the right thing. So, from just one of your many admirers across the Missouri here in Nebraska, I thank you.
Posted by DH at 9:20 AM