Lonely Man Sues Deodorant Company: "I Used it for Seven Years but No Girl Came." 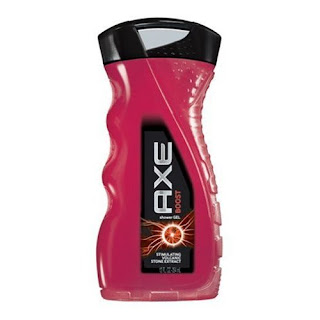 Axe products (deodorants, scents, body wash, etc. which are sold as Lynx in some parts of the world) have made an awful lot of money for their parent company, Unilever. But they certainly have had their problems as well.

There was the 12-year old British boy who died last year after using one of the company's products. And there was a rash of injuries stemming from teenagers using the products as inhalants and as makeshift flame throwers.

There was also a lot of controversy over the highly provocative nature of the company's advertising along with their bold claims that Axe/Lynx products provided their male users with just what they needed to attract women. The ads openly promoted sexism and promiscuity...along with the pitch that women would be extraordinarily attracted even to the nerdiest men who used Axe.

Well, that leads us to Vaibhav Bedi, a 26-year old Indian man who poses the company their latest problem. For Mr. Bedi has brought a lawsuit against Axe because after seven long years of using their products, he's not satisfied. In fact, he's so unsatisfied, he's asking £26,000 for "depression and psychological damage" caused by the lack of any of the touted Lynx effects.

Says the lonely Mr. Bedi, "The company cheated me because in its advertisements, it says women will be attracted to you if you use Axe. I used it for seven years but no girl came to me."

Axe hoped that the court would dismiss the case but officials have ordered forensic laboratory tests on dozens of his half-used Lynx body washes, shampoos, antiperspirants and hair gels.

And Ram Jethmalani, India's leading compensation litigator, suggested that it would be bad business for Unilever to try and cast Mr. Bedi as a hopeless geek which no products could help anyway. Said Jethmalani, "There is no data to substantiate the supposition that unattractive and unintelligent men don't attract women. In fact some of the best looking women have been known to marry and date absolutely ghoulish guys."

"I'd suggest that the company settles this issue out of court."
Posted by DH at 12:06 PM