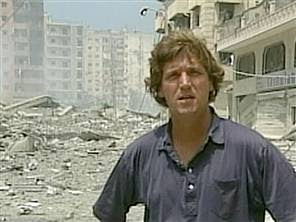 Tucker Carlson has an important commentary on the Obama administration's weird and dangerous war on Fox News. It's one of the best on this subject around and, of all places, it was printed in The Beast. Excellent analysis.

...The official White House position is that the rest of the media should join Team Obama in ostracizing a news outlet that the White House doesn’t like. This raises several obvious questions:

Since when does the federal government get to make programming decisions, much less decide what is and what is not a legitimate news organization?

Where did political consultants—people who spend their lives lying to reporters—get the moral standing to make pronouncements about journalistic ethics?

When did liberals agree it was OK to use government power to muzzle opinions they don’t agree with?

And, most of all, when did the press decide to go along with all of this?...

Meanwhile, the same White House that had just finished lecturing working journalists on the superiority of straight news coverage hosted a secret, off-the-record briefing for Keith Olbermann and Rachel Maddow of MSNBC. The two, along with several other liberal commentators, spent more than two hours with Obama.

Why is the press corps giving the White House a pass for behavior it never would have tolerated from other administrations? Conservatives believe it’s simple bias. They point to the more than a dozen journalists who have quit their jobs to work for Obama, or to the network employees who wept with joy in public the night he was elected.

Most journalists don’t think the attacks on Fox have anything to do with them. They agree with Obama’s program. They voted for him. What could go wrong?

Except the Obama people aren’t at war with Fox because it’s conservative. They’re angry because Fox has embarrassed them. Its correspondents ask hard questions. Its primetime hosts got Van Jones fired from the White House by exposing him as a 9/11 denier. If Keith Olbermann had done the same thing—and don’t hold your breath—David Axelrod might be denouncing MSNBC this week. Politics is seldom as ideological as it seems.

Which is something the White House press corps ought to keep in mind as it stands by in silence while Fox is bullied: Your politics won’t save you. You’ll be next.

Want a bit more on this crucial story? Here's another very fine piece, "Obama vs. Fox," an editorial from the San Diego Union-Tribune.
Posted by DH at 7:49 AM