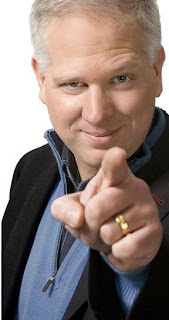 I should admit at the outset that I'm not much of a Glenn Beck fan. Nevertheless, this City Journal article by Harry Stein is really quite good, examining as it does the reason why leftists (like those at TIME who just bashed Beck in a cover story) are running scared of his popularity, his tactics, and the danger he represents both to the liberal hegemony and the old guard media.

...And in this, in the Age of Obama and a too-compliant media, he has proven extraordinarily successful. Were it not for Beck and his constant running of the videos exposing Van Jones as a crackpot racist conspiracy theorist, for example, few people probably would have heard of Obama’s “green jobs czar,” whose troubles the New York Times did not even deign to cover until after he had to resign. And Beck’s relentless exposure of the Acorn sting tapes, following his long campaign against that organization, brought widespread attention to the depth of Acorn’s corruption.

Indeed, it’s an excellent bet that the liberal journalists now wringing their hands about Beck, decrying his malign influence, would never have reported on the Acorn controversy, either, were it not for Beck and others on Fox—just as ABC’s Charlie Gibson, in his patrician above-it-allness, claimed ignorance of the story even after conservative viewers and listeners had been following it closely for more than a week.

Quite simply, at a time when conservatives find themselves so far out of power that all they can hope to do is stand athwart the Obama administration’s attempt to remake America yelling “stop,” no one has been more effective...
Posted by DH at 11:11 AM