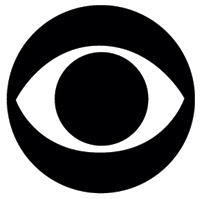 Here's how it works. CBS News reports on the scandal of New Jersey elemtary school children being forced to sing songs of adulation to Barack Obama. But they cover it only because the story became so big on its own (bloggers, talk radio and individuals seeing the You Tube clip with their own eyes) that they looked really, really bad if they didn't.

But when they finally deign to cover the story, they do a cheap, amateurish job and seem only to be bothered by the negative reactions to the video -- reactions they remind their readers throughout the story come only from conservatives. It is an extremely brief report with none of the details at all that one would expect from a news-gathering giant like CBS. Who's the teacher that did this? Where's a statement by the principal or a parent? What exactly were the lyrics the kids were taught to belt out as they snapped their fingers?

We get none of this from the network. Only that the video is "generating anger from conservatives today" and that the story was fueled by Fox News and "the conservative Drudge Report." Only one response is given and it is just a reader comment taken from the Fox website. (Not surprisingly too, the comment chosen isn't a flattering one.) CBS likens the incident to "the anger" raised over President Obama's national address to school kids earlier this month and, once again, CBS emphasizes that "some conservatives objected to the president's address being shown to their children."

This, my friends, is what passes for thorough, penetrating, balanced reporting at CBS News nowadays.
Posted by DH at 10:04 AM