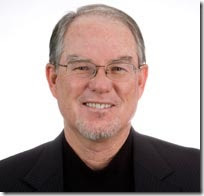 Folks outside of Nevada may not have heard of Sherman Frederick, the publisher of the Review-Journal, before this weekend -- but they've heard of him now. His editorial column from yesterday shows the feisty and principled independence we once expected from the press as he fights back against a scurrilous attack against the paper by Harry Reid. Here's an excerpt.

This newspaper traces its roots to before Las Vegas was Las Vegas.

We've seen cattle ranches give way to railroads. We chronicled the construction of Hoover Dam. We reported on the first day of legalized gambling. The first hospital. The first school. The first church. We survived the mob, Howard Hughes, the Great Depression, several recessions, two world wars, dozens of news competitors and any number of two-bit politicians who couldn't stand scrutiny, much less criticism.

We're still here doing what we do for the people of Las Vegas and Nevada. So, let me assure you, if we weathered all of that, we can damn sure outlast the bully threats of Sen. Harry Reid...

But to fully capture the magnitude of Reid's remark (and to stop him from doing the same thing to others) it must be called what it was -- a full-on threat perpetrated by a bully who has forgotten that he was elected to office to protect Nevadans, not sound like he's shaking them down.

No citizen should expect this kind of behavior from a U.S. senator. It is certainly not becoming of a man who is the majority leader in the U.S. Senate. And it absolutely is not what anyone would expect from a man who now asks Nevadans to send him back to the Senate for a fifth term.

If he thinks he can push the state's largest newspaper around by exacting some kind of economic punishment in retaliation for not seeing eye to eye with him on matters of politics, I can only imagine how he pressures businesses and individuals who don't have the wherewithal of the Review-Journal.

For the sake of all who live and work in Nevada, we can't let this bully behavior pass without calling out Sen. Reid. If he'll try it with the Review-Journal, you can bet that he's tried it with others. So today, we serve notice on Sen. Reid that this creepy tactic will not be tolerated.

We won't allow you to bully us. And if you try it with anyone else, count on going through us first.

That's a promise, not a threat.

And it's a promise to our readers, not to you, Sen. Reid.

You can comment on Mr. Frederick's column in a form at the bottom of the column. You can also e-mail him direct at sfrederick@reviewjournal.com.