Why Keep Local Cops Out of the Loop of the Federal Law Enforcement Advisory Board? 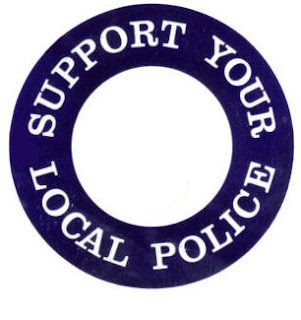 "The fact that the president spoke about an incident he really knew nothing about was unprofessional and disgraceful for a man in his position," said one New Jersey police chief who requested anonymity because he reports to a Democratic mayor who supports Mr. Obama. "I believe it's an indication of his lack of respect for local police officers, possibly because he cannot control them directly as he can federal law enforcement agencies.

"An example of this attitude toward police officers may be a reason why [state and local] cops were excluded from having a seat at the table of a new federal law enforcement advisory board," he added.

Read the rest of "Obama's Disdain for Blue" written by Jim Kouri (vice president of the National Association of Chiefs of Police) here.
Posted by DH at 1:19 PM