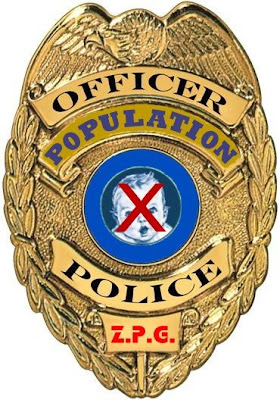 The man President Obama has chosen to be his science czar once advocated a shocking approach to the "population crisis" feared by scientists at the time: namely, compulsory abortions in the U.S. and a "Planetary Regime" with the power to enforce human reproduction restrictions.

"There exists ample authority under which population growth could be regulated," wrote Obama appointee John Holdren, as reported by FrontPage Magazine. "It has been concluded that compulsory population-control laws, even including laws requiring compulsory abortion, could be sustained under the existing Constitution if the population crisis became sufficiently severe to endanger the society."...

In 1977, when many scientists were alarmed by predictions of harmful environmental effects of human population growth, Holdren teamed with Paul R. Ehrlich, author of "The Population Bomb," and his wife, Anne, to pen "Ecoscience: Population, Resources, Environment."

Holdren's book proposed multiple strategies to curb population growth, and, according to the quotes excerpted by FrontPage Magazine, advocated an international police force to ensure the strategies were carried out.

"Such a comprehensive Planetary Regime could control the development, administration, conservation, and distribution of all natural resources, renewable or nonrenewable," Holdren and the Ehrlichs reportedly wrote. "The Planetary Regime might be given responsibility for determining the optimum population for the world and for each region and for arbitrating various countries' shares within their regional limits. ... The Regime would have some power to enforce the agreed limits."

Read the rest of By Drew Zahn's important article here at World Net Daily.
Posted by DH at 10:31 AM