And You Thought Democracy Was Free 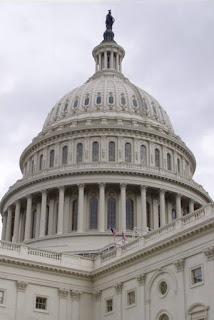 Under congressional rules, the caucuses face limits on how much public money they can use to support their activities. They also are barred from using private funds to operate. However, nothing stops lobbyists from writing big checks to the non-profits connected to caucuses.

Giving to a caucus-related group is a way to earn favor with a large number of lawmakers, said Sheila Krumholz, of the non-partisan Center for Responsive Politics. Lobbyists "get to rub shoulders with lawmakers and their families in a relaxed comfortable atmosphere," she added. "It's all conducive to building cordial relationships that you can later cash in on."...
Posted by DH at 11:12 AM