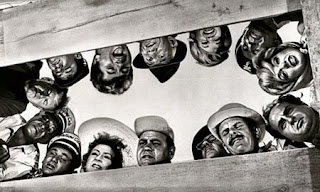 * The American President finally finds an international crisis he really cares about -- supporting the illegal claims of a left wing dictator in Honduras. In doing so, Barack Obama falls in line with Fidel Castro and Hugo Chavez.

* The U.S. Congress votes to approve legislation that would have the most cataclysmic economic, cultural and political effects on the whole of society -- and not a single member even read the thing!

* There are reports that as many as a dozen worshipers of Michael Jackson have committed suicide following news of the singer's death. Camera-loving Jesse Jackson, who has been acting as the Jackson family spokesman, shows up on a You Tube video clip appealing to MJ's fans to "create futures, not funerals to make Michael happy."

* In the White House East Room, President Obama hosts a event for 300 people to "honor" the 40th anniversary of the Stonewall Riots in New York, the event which is regarded as the beginning of the homosexual rights movement.

* A local oldies radio station here staged a live promotion a few days ago for a company which has opened a new laboratory testing place. The on-air interview featured the company's manager bragging about how a person could be tested for cholesterol, STDs, drugs, paternity and on and on. He was especially keen to point out that they offered a fidelity test, one in which you could find out if your lover is cheating on you by bringing in their underwear. Good grief.

* At the end of 2008, America's net international investment position was minus $3.47 trillion, the Commerce Department reported Friday. That represents the difference between the value of U.S. assets owned by foreigners ($23.36 trillion) and the value of foreign assets owned by Americans ($19.89 trillion)...

At minus $3.47 trillion, America's net debtor status with foreigners represents nearly 25 percent of U.S. gross domestic product, the highest level in history. (Washington Times, June 27)
Posted by DH at 6:43 AM