Modernism Isn't All It's Cracked Up To Be 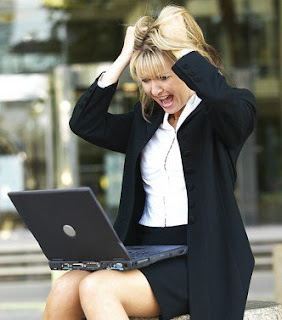 Victor Davis Hanson gives a few examples of how his own life has been troubled by the ineptitude, irresponsibility and even criminal fraud that has accompanied the modern technical revolution.

We have all experienced such vexing problems but Hanson deals with these matters philosophically -- he's not one to merely kick over the nightstand in frustration -- and therefore helps the rest of us better understand what is going on. And what is at stake.

During the last 20 years, science and a growing economy gave Americans the most sophisticated and leisured lifestyles in history. We inexpensively call or e-mail anywhere in the world. With online shopping and banking, Americans acquire and spend electronically - without seeing those with whom we do business. Taxes are filed over the Internet, and stocks are bought and sold daily online.

But with such ease and reliance on computers comes ever-increasing vulnerability. Brilliant engineers may have designed our laptops, cell phones, online commerce and 1-800 call lines. But someone still has to answer the phone, enter data into computers and assist customers who fall through the electronic cracks. And such human audit of the growing power of computerized commerce requires more, not less, educated workers than ever before..

Too many of us are growing more illiterate - reading less and watching television more. A conservative estimate of the national high-school dropout rate is 20 percent. Even for those who graduate, too often a therapeutic curriculum emphasizing self-esteem; race, class, and gender issues; and drug, alcohol and sex education has crowded out language, science and math.

A highly complex society, staffed by those who are unable to read well and compute at basic levels, can be terrifying. One mathematically inept transcriber or an American receptionist who cannot speak fluent English can do the public a lot of damage.

Their mistakes can get embedded into complex computers - the force multipliers of human error - whose functions they do not fully understand, which in turn automatically begin sending out mistaken notices, bills and payments.

To rectify these mistakes, the exasperated consumer dials in to a computer bank, pushes various buttons, is put on hold and, with luck, eventually finds a living, breathing real person - in India. (That said, Indian fixers often prove to be better educated and speak more precise English than their American counterparts.)...

...Modern life is becoming not so modern at all for the rest of us. The more sophisticated the chain of our culture becomes, the more it is rendered vulnerable to a single weak link of the ever-more unsophisticated - costing us time, money and peace of mind.

Unless our schools return to an emphasis on language and mathematics, and then hire better auditors of our electronic world, it will not matter how many innovative thinkers like Bill Gates, Steve Jobs or Warren Buffet that America produces.

Just a few poorly educated cogs in our vast electronic wheel can easily undo their work, making our glorious postmodern life once again premodern.
Posted by DH at 6:59 AM