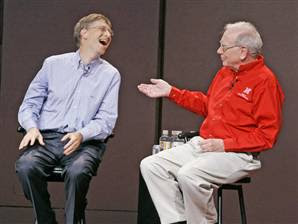 John Harlow at the Sunday Times (U.K.) says the key topic was overpopulation.

Of course. For it is historically typical that an aristocrats' dream of a new world order requires the exclusion of peoples from "the great unwashed." But these aristocrats have the money and power to really make it happen.

Who would have thought it? It turns out that those conspiracy theories we once dismissed as being too wild may, when compared to the open intentions of the so-called Good Club, end up being...too timid.
Posted by DH at 10:32 AM