The Villainy of Planned Parenthood Caught On Film (Again!) 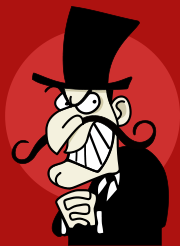 That latest sting operation showing yet another instance of Planned Parenthood's complicity in covering up underage sex abuse? It got front page coverage on the LA Times. And though the reporters sure try hard to minimize the damage, the salient issues still blaze through.

Score one for the good guys.

...Abortion is not likely to be outlawed any time soon, but [Lila] Rose's work is having an impact, particularly on a local level, where abortion foes are increasingly focusing their efforts.

On Wednesday, Tennessee lawmakers said they would seek to end a $721,000 contract with Planned Parenthood, citing outrage over what they saw in a video Rose had posted two days earlier from a Memphis clinic. She posed there in July as a 14-year-old impregnated by a 31-year-old; a Planned Parenthood staffer says, "Just say you have a boyfriend, 17 years old, whatever."

Last month, the Orange County Board of Supervisors voted to suspend a grant worth nearly $300,000 to Planned Parenthood that was earmarked for sex education, not abortions. A conservative Tustin businessman raised the issue with Supervisor John Moorlach after meeting Rose and seeing her videos...

For a lot more, including a video clip of this most recent sting, check out the web site of Live Action.