NU Regents Balk at ESCR Decision. It's Time for Us To Make Our Move. 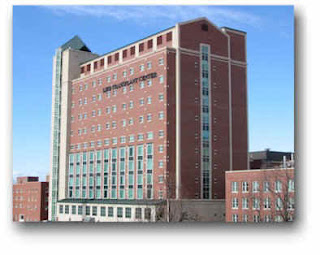 The University of Nebraska Medical Center continues to back "scientific research" that kills people when they are just getting started in life.

Yes, that's what embryonic stem cell experimentation is all about, folks -- killing human beings right at the beginning in the convoluted name of science. Forget morality. Don't bother with religious values and that old-fashioned stuff about the sanctity of life. And please don't remind us that ESCR is a dead-end anyhow, a process that despite the millions already invested hasn't produced a single cure.

If smart scientists like we are can do it, we will do it...regardless of the ethics.

And, for that matter, we're insisting on using your tax dollars to pay the bills!

It is a quite remarkable display of arrogance and stupidity. Particularly so when true scientists (the ones seriously looking for medical treatments as opposed to those like the bosses at UNMC who are looking only at the financial benefits to UNMC gained through government and foundation grants) are proving that the route of progress utilizes adult stem cells and the breakthrough processes of iPSC (inducted pluripotent stem cells) where no embryos are destroyed. (See these posts from last week: 1 and 2.)

Well, it seems that pressure from UNMC's bosses was behind the University of Nebraska Regents' decision a few days ago to postpone until July their decision about new ESCR guidelines. That's not a good sign. Pro-life Nebraskans had been hopeful that the Regents, in light of the newest scientific progress and the evidence that most Nebraskans are opposed to research that kills people, would take action to limit ESCR.

Now the NU Regents are saying their decision will not be forthcoming until after Team Obama (notoriously zealous for abortion and embryo-destroying experimentation) finalizes the new federal ESCR rules. That will be somewhere around the first week of July.

Again, this is not good news...except...

Except for the opportunity it gives pro-life Nebraskans to get the word out even more than we've done thus far. And, among the key things on that "to do list" is to get a bunch more signatories to this online petition created by Nebraska Coalition for Ethical Research. Will you help?

1) The online petition is right here. Sign it right now if you haven't already. However, please note -- the online petition allows only one person's name to be registered at an e-mail address. So, if your spouse, kids or boarding in-laws want to sign the petition they have to use one of your alternate e-mail addresses (if you have them) OR they have to call or write Nebraska Coalition for Ethical Research. That's awfully simple, right? Just e-mail them at Info@EthicalResearch.net or call them by telephone at 402-690-2299 and say "Hey. I'm ----- and I'd like my name on the NCER petition against embryonic stem cell research." Or you can write them with the same statement, providing your legal address and phone number as well.

For those of you using the e-mail, phone or direct letter approach, I'm printing below the text of the petition so that you can be sure about what you're backing. Here it is:

The Obama administration is lifting the restrictions the Bush administration applied to federal funding of research using stem cells harvested from embryos, which destroys the embryos. The University of Nebraska Board of Regents’ policy has been to follow federal guidelines, sometimes called the “Bush compromise,” which limited federal funding to research with stem cells only from embryos destroyed prior to Aug. 9, 2001.

President Obama is erasing that cutoff date, which will increase demand for present and future destruction of embryos to get “fresh” embryonic stem cells. The University of Nebraska Medical Center has started a drumbeat for expanded embryonic stem cell research in Nebraska.

Please tell the regents to hold the line and make the Bush compromise permanent in Nebraska. No research in the NU system with stem cells from embryos destroyed after Aug. 9, 2001.

2) What else? You can contact the Regents directly. And I encourage you to do so. The contact information for the Regents can be found, courtesy of NCER, right here.

3) Bang the drum a bit. Tell your friends, family and church members. ("Hey, have you signed the NCER petition yet? Oh kid; you gotta' get on the stick. Just go to the NCER web site and do it today!")

4) Forward this Vital Signs post to every Nebraskan on your directory.