Feds Knew Air Force One "Photo Op" Would Cause Panic 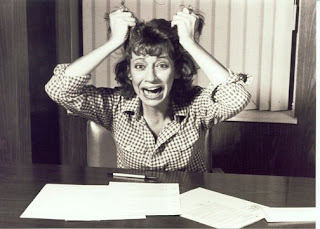 Fresh from the "Team Obama, You Gotta' Be Kidding Me" Department (which, by the way, has just filled its first filing cabinet) comes this report sent in by WCBS.

Federal officials knew that sending two fighter jets and a 747 from the presidential fleet to buzz ground zero and Lady Liberty might set off nightmarish fears of a 9/11 replay, but they still ordered the photo-op kept secret from the public.

In a memo obtained by CBS 2 HD, the Federal Aviation Administration's James Johnston said the agency was aware of "the possibility of public concern regarding DOD (Department of Defense) aircraft flying at low altitudes" in an around New York City. But they demanded total secrecy from the NYPD, the Secret Service, the FBI and even the mayor's office and threatened federal sanctions if the secret got out...
Posted by DH at 10:00 AM