"It Is Twilight In America Now." 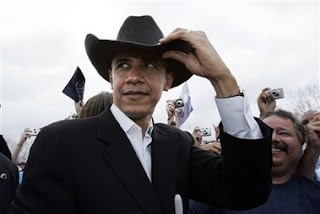 A must for your Monday reading is Michael Goodwin's New York Daily News column.

Everybody makes mistakes, and I made a beaut the other day. I was wrong to call members of Congress blow-hards and buffoons and declare them worse than useless.

I was too kind.

I should have said our representatives are gangsters in pinstripes and pearls. They are petty tyrants and the more power they grab, the more at risk we are. Homeland Security should flash Code Red any time this Congress is in session.

It is twilight in America now. The House vote to use the tax code to retroactively punish bonus babies was an act of sheer madness. What started as phony outrage at AIG has crossed the line into insane policy. It is stunning that the vote was lopsided and bipartisan.

The Senate is itchy to go along, and President Obama says he's ready to tighten the thumbscrews on the banks. Is there no adult who will bring a straitjacket?

We should all be very afraid. Class warfare is mere predicate for a witch hunt that, once unleashed, will not stop with misbegotten wealth. It will punish success and stifle innovation. Dissent will invite dishonor.

That Congress is a gang of cheap connivers is not news. Chris Dodd, Charlie Rangel, Charles Grassley, Barney Frank - they have been national embarrassments for years.

But now they are dangerous, emboldened by public fear and anger. They know nothing, but have power and smell opportunity for more.

Missing in action is the Barack Obama who vowed to unite the country around common values. Lately he has been the very opposite of the man he promised. Instead of hope, many have a growing fear of the arrogant government he leads...

...In truth, there is no history for what he is doing. He is the most radical President of our times, far outside the mainstream of our political philosophy.

He is not a reformer who fixes things. He fancies himself "transformative," a man who reshapes and reorders. It apparently begins with smashing the existing order under the pretext of managing the crisis he inherited.

During the campaign, a fellow journalist confided that "I know Obama is a Manchurian candidate, I just can't figure out what for."

I laughed then, but no more. Obama represents a secular religion that believes, no matter the malady, Washington is the antidote. More government is the chicken soup of his tribe.

It is an illusion of many Republicans and Democrats that Washington can successfully manage the economy and our lives. Our institutions and culture are too big, too diverse and too unruly to be run like a banana republic.

Yet the economic mess has robbed the nation of its confidence, and the vacuum is being filled by politicians bearing promises and borrowed dollars. The true cost of this "help" will come later, with back-breaking debt and a lack of growth and opportunity.

We can't say we haven't been warned. "Whom the gods would destroy, they first make mad" is more than folklore. It predicts our fate if we follow the government mob.
Posted by DH at 9:50 AM