Take a Closer Look at the Economy Before You Jump 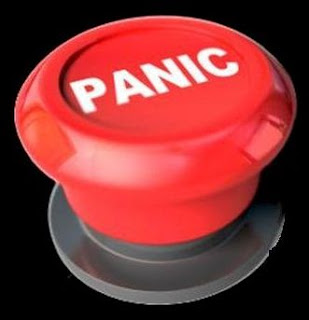 Victor Davis Hanson doesn't dismiss the economic bad news (401k accounts and stock prices dropping, unemployment climbing, banks and automakers in trouble, etc.) but neither does he join in the MSM/Democrat's whining panic.

I therefore suggest 1) you calmly read this excellent column and then 2) forward it to those friends and neighbors of yours who may have climbed out on the ledge.

...Nearly 93 percent of those Americans in the workforce are still employed. The difference between what the banks pay out in interest on depositors' savings and what they charge borrowers for loans is one of the most profitable in recent memory.

The sudden crash in energy prices may be hurting Iran, the Gulf monarchies, Russia and Venezuela. Yet Americans, who import 60 percent of their transportation fuel, along with natural gas, have been given about a half-trillion-dollar annual reprieve. The reduced price of energy could translate into more than $1,500 in annual savings for the average driver, and hundreds of dollars off the heating and cooling bills for the homeowner.

For the vast majority of Americans with jobs, the fall in prices for almost everything from food to cars has, in real dollars, meant an actual increase in purchasing power. The loss in value of home equity is serious for those who need to relocate for work or want to downsize and move to an apartment or a retirement community. But when averaged over the last decade, real estate still shows a substantial annual increase in value.

Moreover, the vast majority of American homeowners -- well over 90 percent -- meet their mortgage payments. They have no plans to flip their homes for profit. For them, the fact that they have lost paper equity, or even owe more than their homes are currently appraised at, is scary -- but not equivalent to a depression. Most are confident that after a few years their houses will appreciate again. As for now, working young couples have a chance to buy a house that would have been impossible just two years ago.

The same holds true for many retirement accounts whose decline is terrible for those retirees who count on drawing out each month what they put away or must cash out their depleted accounts at vastly reduced value.

But the majority of working Americans are not yet pulling out their sinking retirement funds. Most are still putting away pre-tax money each month, apparently confident that within a few years their portfolios will return to their former value. Some are even consoled that they are now buying mutual funds at rock-bottom prices rather than investing in sky-high investments at the peak of a bull market...

So are we in a depression that justifies a vast redefinition of government and a massive takeover of the private sector? Not quite. What we are a witnessing instead is a sharp downturn from the most affluent era in the history of civilization. For the last two decades, we borrowed and spent as if there were no tomorrow. Now we are living in that tomorrow of cutting back and making do.