Must Reading for Pro-Life Activists 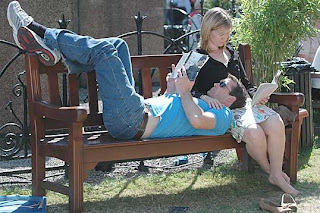 Matthew Eppinette, over on the blog run by Americans United for Life, recommends a couple of articles in the current issue of First Things. I'm glad he did because both are thoughtful, important reads for pro-life activists.

The first is “The Pro-Life Movement as the Politics of the 1960s” by Richard John Neuhaus from which Matthew quotes, "Whatever else it is, the pro-life movement of the last thirty-plus years is one of the most massive and sustained expressions of citizen participation in the history of the United States. Since the 1960s, citizen participation and the remoralizing of politics have been central goals of the left. Is it not odd, then, that the pro-life movement is viewed as a right-wing cause?"

And the second article Matthew suggests is written by First Things editor Joseph Bottum entitled, "Abortion After Obama."
Posted by DH at 10:45 AM