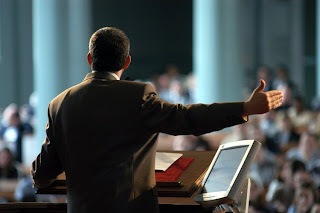 Frank Schaeffer continues to delve the depths of backsliding in the most bizarre, ego-driven, angry, and irrational ways imaginable.

His latest act since energetically supporting Barack Obama for President? Going on NPR to explain why he now supports legal abortion.

You say you remember Franky Schaeffer as a zealous pro-life advocate who shared in the work of his noble father? Yes, I do too.

But that Franky is long gone. And replacing him, like some evil clone in a rotten sci-fi movie (come to think of it, Franky's made a couple of those himself) is this new guy -- the one who is hailed as a "prophet" by the NAE's leftist and heterodox lobbyist Richard Cizik -- who said McCain-Palin rallies "are beginning to look, sound, feel and smell like lynch mobs" -- and whose self-glorifying website boasts Schaeffer's availability to speak on these topics:

* "From Religious Right Activist to The Huffington Post's Number One Obama Supporter"
* "Inclusive Spirituality In An Exclusive World--Beyond Certainty, Finding Comfort in Doubt and Mystery"
* "Confessions Of A Former Fundamentalist--My Journey From Right to Left"

And then, of course, there's the title of one of his newest books, "Crazy for God: How I Grew Up As One of the Elect, Helped Found the Religious Right and Lived to Take All (or Almost All) of It Back."

This is a sad, scary story of a man's complete capitulation to that sophomoric yearning to be noticed and liked. But, unfortunately, he'll never make it.

Schaeffer will, unless he one day repents, be left on the outside looking in, exploited by the left but never really trusted or respected or even liked by them. He will forever be the adolescent fawner who throws integrity, principle and even the ideals of his family and faith away, hoping to impress the naughty (but oh-so-hip) upperclassmen...but who still gets left behind when they head to their frat party anyway.