Cuba: "The Longest-Running Failure in the New World" 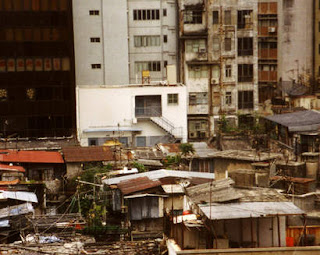 From an editorial in Investor's Business Daily comes illuminating commentary on Cuba's 5o years of economic disaster and a careful chronology of just how Fidel Castro and his collectivizing criminals managed to mess things up so badly.

New Year's Day marks 50 years of communist rule in Cuba. The Castro oligarchy will trumpet its survival and celebrate. But the reality, up close, is that it's the longest-running failure in the New World...

Its inflation-adjusted gross domestic product is a mere 5% of what it was in 1958, the year before Castro took over, according to Jorge Salazar-Carillo of Florida International University.

"It's a major failure," Carmelo Mesa-Lago, a University of Pittsburgh economist, told IBD. "Cuba is unable to increase food production to meet its needs and now imports 84% of its food. Cuba produced 7 million tons of sugar in 1952. This year, it's 1.5 million tons. This is the result of economic policy of collectivization, killing of individual incentive, inefficiency, constant changes of policy."

Reliable data are hard to come by. S&P refuses to rate the country for that reason. The regime conceals its failures. But if long lines at the Spanish embassy seeking immigration aren't enough of an indicator, the chronology of Cuba's economy tell an important story...

The rest of the editorial, including that detailed (and damning) record of failure is right here.
Posted by DH at 6:34 AM