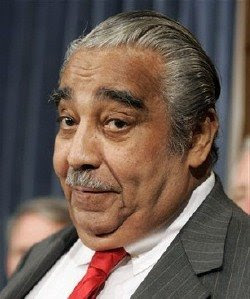 Back in September came the news of Charlie Rangel's illegally parked car in the House of Representatives' special lot. Turns out it had been there for years. And that was just the latest in a series of embarrassing indications that the veteran Congressman from New York was a self-centered, shady (if not overtly corrupt), tax-dodger.

Too harsh? Hardly; the evidence is plentiful on all counts.

And that evidence just keeps piling up

Here, for instance, is the most recent Rangel revelation -- the gentleman has added to his tax-dodging credentials by an illegal tax break he received on a house he owned in the District of Columbia.

Here's the story as told by the Washington Post:

D.C. officials say that Rep. Charles B. Rangel (D-N.Y.), who recently has been buffeted by questions about his personal taxes and real estate dealings, was incorrectly given a tax break on a house he owned in the District.

Rangel received the "homestead exemption," a property tax break for people who live in a permanent, primary home in the city, that reduced the taxes he paid on a house on Colorado Avenue NW in the Crestwood neighborhood. Rangel and his wife, Alma, bought the four-bedroom house when he first entered Congress in 1971 and sold it in 2000 for $500,000.

City officials said Rangel, who chairs the House Ways and Means Committee, got the tax break from at least 1995 until 2000, amounting to $288 per year, said Natalie Wilson, a spokeswoman for the Office of Tax and Revenue. Officials yesterday continued researching whether the break covered a longer period.

The exemption is designed as a break for people who buy a home in the District and use it as a primary residence. But Rangel always has maintained his primary residence in New York, making him ineligible...

Receiving the District's homestead exemption could also create a problem for Rangel in New York, where he and his wife have occupied several rent-stabilized apartments in Harlem. To qualify for the low-cost rentals, tenants in New York must claim them as a primary residence.

The House ethics committee began an investigation of Rangel at the congressman's request after a series of news reports raised questions about his personal financial affairs.

He came under fire over the summer for occupying the rent-stabilized apartments in a city where affordable housing is scarce. Some contend that Rangel's below-market rent amounts to an improper gift from the landlord; the congressman disagrees.

Rangel also acknowledged that he had not disclosed, or paid taxes on, at least $75,000 in rental income from a beachfront villa in the Dominican Republic that he has owned since 1988 -- a home financed, in part, with a no-interest loan from the developer. He paid back taxes of $10,800 to the Internal Revenue Service and New York state.

He pledged in September to hire a forensic accountant to untangle his records but delayed the hiring until this month. Milne said he did not know why the hiring was delayed...
Posted by DH at 11:28 AM