When Is Free Speech NOT Free Speech? Well, I Guess When It's Spoken By a Christian. 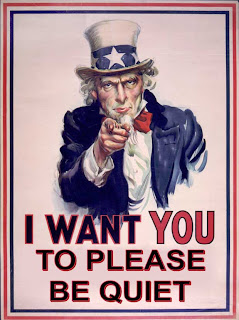 Our friend Tom Beatty (preacher, prison chaplain and fellow watchman on the wall) passes along this item from OneNewsNow as an example of how the thought police is extending their grasp.

"A campus police officer came over and told him that if he continued to do so without a permit that he would be possibly expelled or arrested, and so Ryan stopped immediately," she explains.

Hacker says Dozier thought the case was closed, but he was apparently mistaken. "Three weeks later he got a certified letter from the president of the college stating that his actions were the subject of a campus crime report," she adds. "Last time I checked, sharing your faith on a public college campus was not a crime."

But the letter informed him he could face expulsion if he shared his faith on campus again. ADF filed suit, and a federal judge has ordered the college to suspend enforcement of its highly restricted free speech policies until the lawsuit is resolved.
Posted by DH at 11:47 AM