Tom Daschle: This Is Obama's Idea of Change? 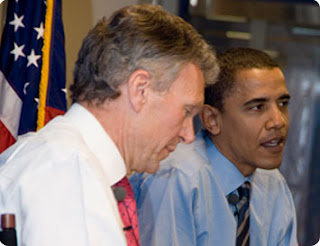 Of the news that Tom Daschle is set to be Barack Obama's Secretary of Health and Human Services, the Family Research Council says, "Breaking news this afternoon suggests that President-elect Obama is unlikely to govern from the middle. By appointing former Senate Majority Leader Tom Daschle (D) as U.S. Secretary of Health and Human Services, the 44th President provided a frightening glimpse of his new Cabinet.

"According to Politico, 'Daschle was also considered for health care czar in the White House, but the transition team decided he could be more effective with Secretary in front of his name.' As Majority Leader, Daschle was a notorious opponent of every pro-life measure. He blocked the partial-birth abortion ban, voted for taxpayer-funded military abortions, and supported a measure that would have forced Americans to pay for the distribution of the morning-after pill to young school girls.

Apart from his extreme political ideology, the selection of Daschle is even more troubling because the South Dakotan lacks any experience in the public health arena.

To most Americans, who thought this election was about 'change,' these appointments must seem incredibly ironic. So far, the new Obama administration has only managed to change the titles of the same old liberal leadership"
Posted by DH at 11:48 AM