Do the Democrats Want a Religious War...in America? 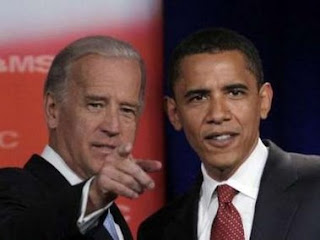 What's in the works for America when Barack Obama's extremism on abortion starts being dished out upon all Americans from the Oval Office? Will the passage of the Freedom of Choice Act (which he and the Democrats strongly support) spell doom for countless preborn children, for freedom of conscience, and for freedom of religion?

Or could it actually spell doom for the Obama administration?

Consider, for instance, the effects on Catholic hospitals -- if, that is, the Roman Catholic Church stands up strong against Obama.

Chicago's Cardinal Francis George, the current president of the U.S. Conference of Catholic Bishops, is quoted in this LifeSiteNews article as saying, "FOCA would have an equally destructive effect on the freedom of conscience of doctors, nurses and health care workers whose personal convictions do not permit them to cooperate in the private killing of unborn children. It would threaten Catholic health care institutions and Catholic Charities."

LifeSiteNews' John-Henry Westen continues, "In light of this possible attempt to revoke conscience rights under the Obama administration, Catholic League president Bill Donohue has urged President Bush to enact regulations, already in draft for months, which would protect the rights of doctors, nurses and health workers from being discriminated against if they refuse to perform or assist in abortions, as well as other morally contentious procedures. 'At stake are the religious rights of these professionals,' said Donohue.

"To put it differently, were FOCA to become law (it needs to be reintroduced in the House), the culture war that the Vatican official was referring to would come to a boiling point," he warned. "In practical terms, this would mean the closure of every Catholic hospital in the nation: No bishop is going to stand by and allow the federal government to dictate what medical procedures must be performed in Catholic hospitals. Make no mistake about it, the bishops would shut down Catholic hospitals before acquiescing in the intentional killing of an innocent child. Were this to happen, it would not only cripple the poor, it would cripple the Obama administration."

Donohue concluded: "It is for reasons like these that the Catholic League urges President Bush to move with dispatch in instituting rules protecting the religious rights of all health care workers. If Obama wants to undo them, it will set up a confrontation he will surely regret."
Posted by DH at 10:58 AM