Is James Dobson the Reason for Colin Powell's Endorsement of Barack Obama? 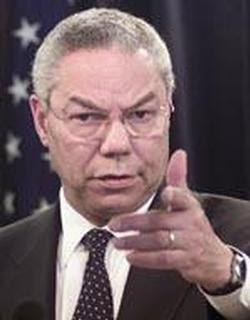 In an article in which leftist journalist Max Blumenthal acts as if he was present at meetings (that he wasn't) and sees into people's minds and motives (which he can't), he blames James Dobson and Sarah Palin for driving Colin Powell into the arms of Barack Obama. And, not surprisingly, in doing so, Blumenthal gets a lot of his own sputtering indignation towards "the Christian Right" off his chest.

...Over a decade ago, when General Powell, chairman of the Joint Chiefs of Staff, emerged as the Republican Party’s most popular figure, James Dobson targeted him, fearing his political ascendancy might spell doom for the party’s anti-abortion wing. Dobson’s tactics ranged from threatening conservative movement leaders who dared to praise Powell’s political potential, to devoting an entire broadcast of his top-rated radio show to attacking Powell’s advocacy of condom use. Dobson and his minions laid the groundwork for Powell’s castigation from the Republican Party. Yet by helping to force Powell into the wilderness, Dobson may have also provoked his momentous act of political vengeance...
Posted by DH at 9:21 AM