Dumbed-Down Voters: The Country's Future Is in the Wrong Hands 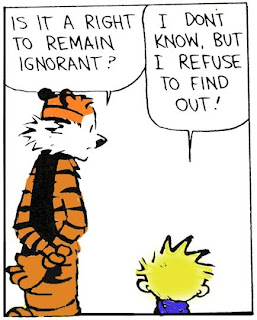 ...Economist Bryan Caplan, author of "The Myth of the Rational Voter", points out, "the public's knowledge of politics is shockingly low." He scoffs at the idea that "it's everyone's civic duty to vote. This is very much like saying, it's our civic duty to give surgery advice," Caplan said. "We like to think that political issues are much less complicated than brain surgery, but many of them are pretty hard. If someone doesn't know what he's talking about, it really is better if they say, look, I'm going to leave this in wiser hands."

Isn't it elitist to say only some people should vote?

"Is it elitist to say only some people should do brain surgery? If you don't know what you're doing, you are not doing the country a favor by voting."...

Here's more of John Stossel's provocative column "A Duty Not to Vote?"
Posted by DH at 10:59 AM