Will the Real Party Lackey Please Stand Up? 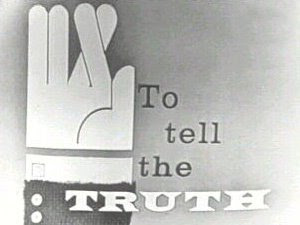 The Philadelphia Inquirer goes out on a limb to allow space for John R. Lott Jr., a senior research scientist at the University of Maryland, to compare Barack Obama's latest campaign pitch with the actual record.

Does John McCain represent a third Bush term? The Obama campaign claims the two are almost indistinguishable. It was the mantra during the Democratic convention, and it is the theme of new ads Barack Obama is running. The ads claim that McCain is "no maverick when he votes with Bush 90 percent of the time."

This week Obama has begun a constant refrain that there is "not a dime worth of difference" between Bush's and McCain's views. It is a consistent theme of Democratic pundits on talk shows.

Is this the same McCain who drove Republicans nuts on campaign finance, the environment, taxes, torture, immigration and more? Where has McCain not crossed swords with his own party?

As it's being used, the 90 percent figure, from Congressional Quarterly, is nonsensical. As Washington Post congressional reporter Jonathan Weisman explained, "The vast majority of those votes are procedural, and virtually every member of Congress votes with his or her leadership on procedural motions."

Obama might want to be a little careful with these attacks, as the same measure has him voting with Democrats 97 percent of the time...

But then truth doesn't matter here, does it? It's all about getting traction with undecided voters and winning the election. Wild exaggerations, distortions and even outright lies, fear-mongering and character assassination -- anything goes as long as you don't get caught.

And, with the MSM falling over itself to get an extremely liberal Democrat in the White House, Barack Obama has high hopes that he can get away with it.
Posted by DH at 9:57 AM