Like His Car, Charlie Rangel Should Be Towed Out of Congress 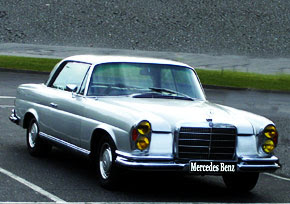 It was certainly a little embarrassing.

After all, the powerful chairman of the House Ways and Means Committee isn't supposed to deal with such...uh...pedestrian problems as having your car towed away.

But there he was. Charlie Rangel. Watching Capitol police remove his vintage silver Mercedes-Benz from the House of Representatives parking space where it had been stored (illegally) for years.

But the day wasn't a complete bummer for Rangel.

After all, his Democrat pals came to his side to defeat a measure which would have forced him out of the Committee chairmanship because of his involvement in several scandals, including a proven record of tax evasion.

Stated Michael Steel, spokesman for House GOP leader, John Boehner, "The new information about Chairman Rangel taking advantage of taxpayers to illegally store his vintage luxury car is appalling, mostly because it is part of a pattern - a pattern of Chairman Rangel abusing his public position for personal gain."

Ken Spain, press secretary for the National Republican Congressional Committee, said, "In a way, this latest revelation is symbolic of how Charlie Rangel and the Democrat-led Congress have chosen to conduct themselves. Rangel continues to openly thumb his nose at the law while remaining parked atop the most powerful committee in Congress. The 'most ethical congress in history' continues to embarrass itself."
Posted by DH at 8:46 AM