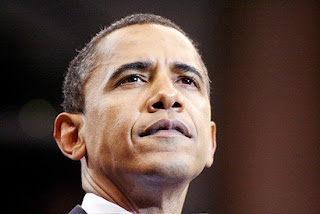 And since when does someone as young as Obama and with as little on their resumé of accomplishments merit two autobiographies anyhow? Golly, this guy's got an ego.

Despite having authored two autobiographies, Barack Obama has never written about his most important executive experience. From 1995 to 1999, he led an education foundation called the Chicago Annenberg Challenge (CAC), and remained on the board until 2001. The group poured more than $100 million into the hands of community organizers and radical education activists...

Stanley Kurtz finally got access to some of the U. of C. library files that had been protectively hidden and writes what certainly is one of the "must-reads" of the week. I print a few excerpts below but you can read it all right here in the Wall Street Journal.

...One unsettled question is how Mr. Obama, a former community organizer fresh out of law school, could vault to the top of a new foundation? In response to my questions, the Obama campaign issued a statement saying that Mr. Ayers had nothing to do with Obama's "recruitment" to the board. The statement says Deborah Leff and Patricia Albjerg Graham (presidents of other foundations) recruited him. Yet the archives show that, along with Ms. Leff and Ms. Graham, Mr. Ayers was one of a working group of five who assembled the initial board in 1994. Mr. Ayers founded CAC and was its guiding spirit. No one would have been appointed the CAC chairman without his approval.

The CAC's agenda flowed from Mr. Ayers's educational philosophy, which called for infusing students and their parents with a radical political commitment, and which downplayed achievement tests in favor of activism...

In works like "City Kids, City Teachers" and "Teaching the Personal and the Political," Mr. Ayers wrote that teachers should be community organizers dedicated to provoking resistance to American racism and oppression. His preferred alternative? "I'm a radical, Leftist, small 'c' communist," Mr. Ayers said in an interview in Ron Chepesiuk's, "Sixties Radicals," at about the same time Mr. Ayers was forming CAC.

CAC translated Mr. Ayers's radicalism into practice. Instead of funding schools directly, it required schools to affiliate with "external partners," which actually got the money. Proposals from groups focused on math/science achievement were turned down. Instead CAC disbursed money through various far-left community organizers, such as the Association of Community Organizations for Reform Now (or Acorn).

The Obama campaign has cried foul when Bill Ayers comes up, claiming "guilt by association." Yet the issue here isn't guilt by association; it's guilt by participation. As CAC chairman, Mr. Obama was lending moral and financial support to Mr. Ayers and his radical circle. That is a story even if Mr. Ayers had never planted a single bomb 40 years ago.
Posted by DH at 8:51 AM