Chris Smith: Why John McCain Is the Guy 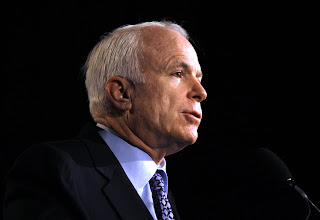 The epic struggle to regain protection for the lives of unborn children both in practice and in law is at a critical juncture--unlike any time in my 36 years in the pro-life movement--in the 2008 presidential election.

The differences in this election are crystal clear, the stakes are enormous both nationally--nothing less than the Supreme Court--and internationally--taxpayer-funded abortions around the world. We must elect a pro-life president. If we truly value the most persecuted minority in the world--unborn children--we must elect John McCain.

Thus says Congressman Chris Smith, one of our nation's foremost pro-life champions. Why exactly does he insist on John McCain being the best choice for President? Read on.
Posted by DH at 10:40 AM