Yet Another Scientific Breakthrough Using Adult Stem Cells: You Think God Is Trying To Tell Us Something? 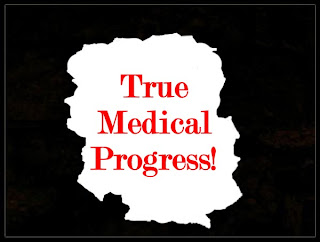 About the latest adult stem cell breakthrough (my, we're using that word awfully frequently about this area of scientific research, aren't we?) where Harvard scientists "transformed one type of fully developed adult cell directly into another inside a living animal, a startling advance that could lead to cures for a variety of illnesses and sidestep the political and ethical quagmires associated with embryonic stem cell research," Wesley J. Smith from over at Secondhand Smoke has a few words.

When the MSM declares an adult stem cell success "stunning," as the Washington Post headline does, you know it is a new day. In mice, scientists were able to transform adult cells into stem cells--from within the body!

There is a long way to go before this can be used in humans, if ever. But my, how the world has changed from less than a year ago. ESCR has lost its political potency as an issue. The newest and most hopeful areas of advancement are coming from morally uncontentious areas of biotechnology. The drive to push human cloning has been staggered by IPSCs.

Perhaps we will be able to have everything that scientists wanted from ESCRs, without the moral baggage. And you know what: I believe that some people would be extremely unhappy about that because they saw this field of scientific inquiry as a way not only to improve health care, but also to change the culture in a less sanctity of life direction. Looks now like that might not happen...
Posted by DH at 10:30 AM