New Stats Show Europe's "Demographic Winter" On the Near Horizon 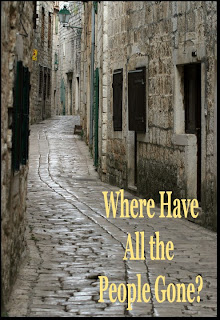 The prospect of a demographic winter coming to Europe is finally beginning to sound some alarms. In this latest case, the warnings come from Eurostat, the statistical service of the European commission, with the ominous message being that Europe's population decline will bring the economic structure of the respective nations way past breaking point.

Even immigration, long seen as Europe's salvation from its population crisis, will not be enough to offset the enormous costs of running welfare states filled with old people.

Even right now the average for EU countries is only four people of working age for every person over 65. And, of course, not all four of those are working. But in 50 years the ration will be 2 to 1 -- an absolutely impossible situation.

It should be noted, however, that even these statistical findings do not underscore all the dangers. For instance, this story in the Guardian argues that the U.K. "has less to fear about any 'generation wars' brought on by the 'demographic timebomb'" because it has the highest birth rate among European nations. But that rate is only 1.91 children per woman. And though that's the highest it has been in a few decades, it is a perilously slim edge.

And, by the way, the immigration growth that remains crucial to Britain's economic health (even more so on the continent) poses its own grave challenges as the various cultures have failed to co-exist.

No, the news given in this particular newspaper report isn't at all good. But the news from a more honest, more comprehensive report would be even worse.
Posted by DH at 10:06 AM