Is the University of Illinois Covering Up for Barack Obama? 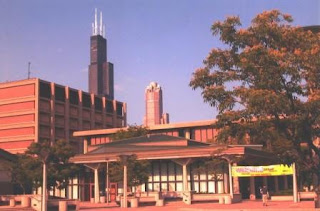 Is the University of Illinois President helping in a cover up of Barack Obama's relationship with the unrepentant domestic terrorist Bill Ayers? If not, will he act today to release the papers about the Chicago Annenberg Challenge that his university library is hiding from journalist Stanley Kurtz?

Check out Kurtz' detailed article in National Review (explanatory excerpts below) and then zip along a nice, polite e-mail to President White asking him to intervene in the mess his library officials are creating. The possibility that the university is being complicit in a political cover up is a very serious matter. It would be an outrage against academic freedom, the democratic ideal, and the proper investment of government funds. So, President White; please do the right thing and do it today. Let Stanley Kurtz see the files.

...When Obama made his first run for political office, articles in both the Chicago Defender and the Hyde Park Herald featured among his qualifications his position as chairman of the board of the Chicago Annenberg Challenge, a foundation where Ayers was a founder and guiding force. Obama assumed the Annenberg board chairmanship only months before his first run for office, and almost certainly received the job at the behest of Bill Ayers. During Obama’s time as Annenberg board chairman, Ayers’s own education projects received substantial funding. Indeed, during its first year, the Chicago Annenberg Challenge struggled with significant concerns about possible conflicts of interest. With a writ to aid Chicago’s public schools, the Annenberg challenge played a deeply political role in Chicago’s education wars, and as Annenberg board chairman, Obama clearly aligned himself with Ayers’s radical views on education issues.

With Obama heading up the board and Ayers heading up the other key operating body of the Annenberg Challenge, the two would necessarily have had a close working relationship for years (therefore “exchanging ideas on a regular basis”). So when Ayers and Dorhn hosted that kickoff for the first Obama campaign, it was not a random happenstance, but merely further evidence of a close and ongoing political partnership. Of course, all of this clearly contradicts Obama’s dismissal of the significance of his relationship with Ayers...

This much we know from the public record, but a large cache of documents housed in the Richard J. Daley Library at the University of Illinois at Chicago (UIC), is likely to flesh out the story. That document cache contains the internal files of the Chicago Annenberg Challenge. The records in question are extensive, consisting of 132 boxes, containing 947 file folders, a total of about 70 linear feet of material. Not only would these files illuminate the working relationship between Obama and Bill Ayers, they would also provide significant insight into a web of ties linking Obama to various radical organizations, including Obama-approved foundation gifts to political allies. Obama’s leadership style and abilities are also sure to be illuminated by the documents in question.

Unfortunately, I don’t yet have access to the documents. The Special Collections section of the Richard J. Daley Library agreed to let me read them, but just before I boarded my flight to Chicago, the top library officials mysteriously intervened to bar access. Circumstances strongly suggest the likelihood that Bill Ayers himself may have played a pivotal role in this denial. Ayers has long taught at UIC, where the Chicago Annenberg Challenge offices were housed, rent-free...
Posted by DH at 10:33 AM