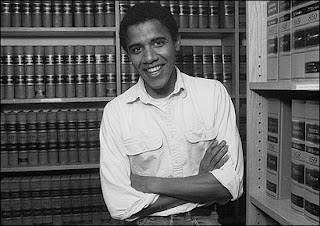 How strongly does Barack Obama believe in unlimited abortions? Strongly enough that the only article he wrote for the Harvard Law Review while he was a law school student talked about how fervently believed in legalized abortion. Obama's name wasn't attached to any other legal scholarship during the time.

In an article unearthed by the Politico web site, Obama, as the president of the Harvard Law Review, wrote an unsigned article touting abortion.

The web site says the article comes in at six pages and is contained in the third volume of the 1990 Harvard Law Review...

In a discussion of abortion itself, Obama wrote that government has more important business than "ensuring that any particular fetus is born."

He also decried any limits on abortion, saying the government has an interest in "preventing increasing numbers of children from being born in to lives of pain and despair."

Politico said the Obama campaign confirmed the pro-abortion presidential candidate wrote the piece in question and that it was one of the typical articles law students would write briefing and opining on federal and state court decisions.

In an email to the web site, Obama spokesman Ben LaBolt also confirmed that Obama "remains committed to" the sentiments he expressed in the piece...

Read the entire LifeNews.com article here.
Posted by DH at 10:46 AM