More on the Girls Scouts' Embrace of New Age Nuttiness 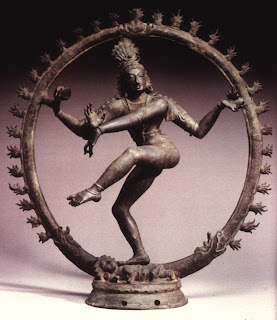 Last Friday I linked you to an important World Net Daily column by Jane Chastain dealing with the weird New Age activities being embraced by, of all groups, the Girl Scouts of America. It was a pretty alarming article -- and not just if you happen to have a daughter or granddaughter involved in the organization but if you're simply concerned about how these cultic doctrines can twist a young person's soul.

Well, here's Jane Chastain's follow up column about how the Girl Scouts are brazenly maintaining their connections with the Ashland Institute (its focus being Transitional Awareness) and the Oxford Leadership Academy.

Chastain points out that the Ashland Institute is led by Michael Cecil, the former leader of the Emissaries of Divine Light, a cult founded by his dad. Although Michael has officially left the EDL, he still accepts most of his father's views. And he recently described to a newspaper how he "devotes his energies to teaching chanting, meditation, dialogue, 'attunement,' community building, aligning the world with the planetary system and assisting a large men's organization called The Mankind Project."

Apparently, Mr. Cecil wasn't finding enough fellas interested in attuning, chanting, or aligning with the planetary system. (They're too caught up in working, mowing the lawn, watching baseball -- that kind of thing.) So, Cecil is turning instead to attuning the minds of impressionable young girls. A gallant move.

And let's not forget the Oxford Leadership Academy. Chastain explains that its leader is one Brian Bacon, a practitioner and teacher of the Brahma Kumaris Raja Yoga who is also a proud "senior member" of the Brahma Kumaris World Spiritual University, a cult which has, for its 70 years, emphasized mediumship and channeling.

According to a web site run by former members of the group, the cult's foundation "is the idea that God incarnated into their founder to teach them alone, thus making them the elite souls of the world. They also believe that they are the future deity princesses of Heaven, that the world is about to end and that world history repeats identically every 5,000 years."

"The BKWSU have beliefs that are unique to them in every way. Notably this includes the deeply held and dominant notion that world history repeats identically every five thousand years. They refer to it as ‘the Cycle’. In essence, they say that every 5,000 years God comes and purifies the world which is impure and corrupt, through the efforts of His ‘special, long lost and now found children’. The result is a new Golden Aged world in which all those ‘special’ souls will live as deities. According to the amount of effort those special souls made, they will become the kings and queens of Heaven. This usually means the BKWSU seniors."

"In order to transition from this old, impure world to the new, golden aged world the world as we know it must be destroyed. A key element of BKWSU belief is that the world is about to end. Over the next 5,000 years the world becomes impure and corrupt as it descends through the Silver, Copper and Iron Ages. (These ages are common to Hinduism, but Hindus neither mention 5,000 years or identical repetition.) At the end of the 5,000 years, God Shiva comes again, and the same special souls will join Him again, exactly as they did in the previous cycle. This is predestiny taken to the extreme. The very dangerous implication here is that if a member fails, they fail forever. This is the concept that killed Ranjana."

And this goofiness is what the Girl Scouts want to buy into?

Chastain's column adds, "Management leadership, peace of mind and values education is the stock in trade of the Brahma Kumaris practitioner, and Bacon is no exception. He got his foot in the door with the Girl Scouts Arizona Cactus-Pine Council when leadership began contemplating their navels in search of "self."

Bacon told the Arizona Business Gazette that he made the connection with Cactus-Pine "after experiencing too many adults in leadership positions unable to make fundamental changes." The paper said, "He was looking for young people to counsel. … It's about how to lead others from that place within." Ahhhhhhh!"

It certainly seems that since the Girl Scouts have abandoned their historic religious values (i.e. exchanging their vows for moral relativism, deciding that the word "God" was not necessary in the Scout's pledge, getting involved with nefarious groups like Planned Parenthood, etc.), the Scouts' leadership is looking for new gods to serve, even if those gods are to be discovered within one's own mind. Or in the predestiny of a Hindu god who remakes the world every 5,000 years.

As I mentioned in last week's post, "be sure to remember these spooky things the next time cookie-selling season and, for that matter, the coercive United Way drive comes round." Well, add to those admonitions a suggestion to write to the Girl Scouts and politely tell them what you think of this dramatic shift in their values. Let them know that until there is a frank and complete apology for these cultic connections and a bold move back to their traditional perspectives that you cannot support them. Indeed, explain to them that you will enroll your daughters in wholesome organizations like American Heritage Girls Legacy Clubs (see also this 2005 Vital Signs post) and that you will suggest to your friends to do the same.
Posted by DH at 10:53 AM