Having Babies Via Government-Run "Conveyor Belt" 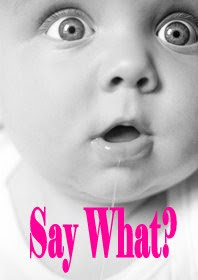 Wesley J. Smith over at Secondhand Smoke draws our attention to this Telegraph (U.K.) article with its sad and scary report of Britain's maternity services. It is not only another glaring example of how miserable government controlled health care can get but also of the decreasing value a secular society puts upon human life.

Here's the opening paragraphs of the Telegraph story:

The Healthcare Commission report – the most detailed ever undertaken – has exposed a grim picture of women giving birth in units where there are not enough toilets or showers and women are rushed through so fast that more than one mother gives birth in each bed every day.

Consultants are not present on the wards enough of the time, midwives and doctors do not get on with each other and severe staff shortages mean women are left alone during the birth, the report found.

The investigation into every aspect of antenatal, labour, birth and postnatal care, was prompted after high death rates among new mothers were found in successive hospitals.
Posted by DH at 1:20 PM