Why Was the Climate Tax Bill Such a Loser? 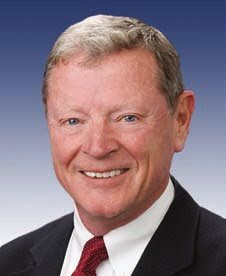 The Wall Street Journal aptly noted that environmentalists are “stunned that their global warming agenda is in collapse.” The paper added, “The green groups now look as politically intimidating as the skinny kid on the beach who gets sand kicked in his face.” The paper quoted a political analyst, noting that “this issue is starting to feel like the Hillary health care plan.”

What prompted the above reaction? The defeat of what Senator James Inhofe calls Barbara Boxer's Climate Tax Bill.

What a difference three years makes: In 2005, I led the charge against a massive global warming cap-and-trade bill. It was a lonely battle with few GOP members willing to join me on the Senate floor to publicly oppose it.

Fast forward to June 2008: Not only was I joined by dozens of GOP Senators, but nearly 30% of the Democratic Senators rebelled against their leadership and opposed the Boxer Climate Tax Bill. In the end, Senator Boxer only had at most 35 Democratic Senators willing to vote for final passage on the largest tax bill in U.S. history. The Boxer Climate Tax Bill was so thoroughly disowned by Democratic Leadership that proponents of climate taxes will now be forced to start from scratch next year.

Republicans were prepared to debate the bill and were ready to offer amendments. But the Democrats did not want to debate, much less vote, on our amendments that were aimed at protecting American families and workers from the devastating economic impacts of this bill. When faced with the inconvenient truth of the bill’s impact on skyrocketing gas prices, it was Democratic Senators who wanted to see this bill die a quick death...
Posted by DH at 10:24 AM