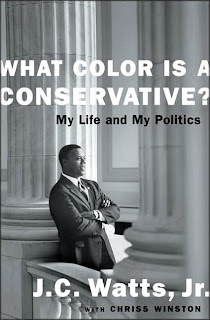 J.C. Watts, a former Oklahoma congressman who once was part of the GOP House leadership, said he's thinking of voting for Obama. Watts said he's still a Republican, but he criticizes his party for neglecting the black community. Black Republicans, he said, have to concede that while they might not agree with Democrats on issues, at least that party reaches out to them.

"And Obama highlights that even more," Watts said, adding that he expects Obama to take on issues such as poverty and urban policy. "Republicans often seem indifferent to those things."

Say it can't be, J.C. For not only have the Democrats' answers to poverty and "urban policy" proven absolutely disastrous for black Americans, but Obama's extreme positions on abortion, homosexual marriage, socialism and national defense are dramatically contradictory to the positions you have so ardently advocated in your career. Do those views really mean so little to you, after all?

The United States continues to laud Martin Luther King Jr. But his dream of an America that would judge people on their character rather than their skin color? That dream we utterly disregard -- to our shame and to our peril.
Posted by DH at 9:35 AM