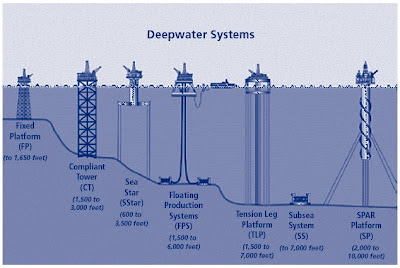 When Barack Obama told a Pennsylvania audience this past weekend that "We can't drill our way out of this," he was repeating the same line that Nancy Pelosi used days earlier and that Harry Reid used on Wednesday.

The Big Three Democrats are thus all agreed that their party has given up on bringing down the cost of oil and thus the cost of gas at the pump.

In the U.S. that means drilling on the outer continental shelf, more than 50 miles from the nearest coastline.

John McCain favors allowing states to do just that. Obama, Pelosi and Reid oppose it. To get the exploration underway a federal ban on such off shore drilling must be lifted, but House Democrats have blocked that move, most recently this very month. They and their presidential candidate would rather see your wallet bleed and American growth deteriorate than cross their political allies and contributors in the environmental movement...

Read the rest of Hugh Hewitt's punchy column, "Obama and The Don't Drill Democrats To America: Don't Drive. Just Shut Up and Sweat In Your Dark House," right here.
Posted by DH at 10:05 AM